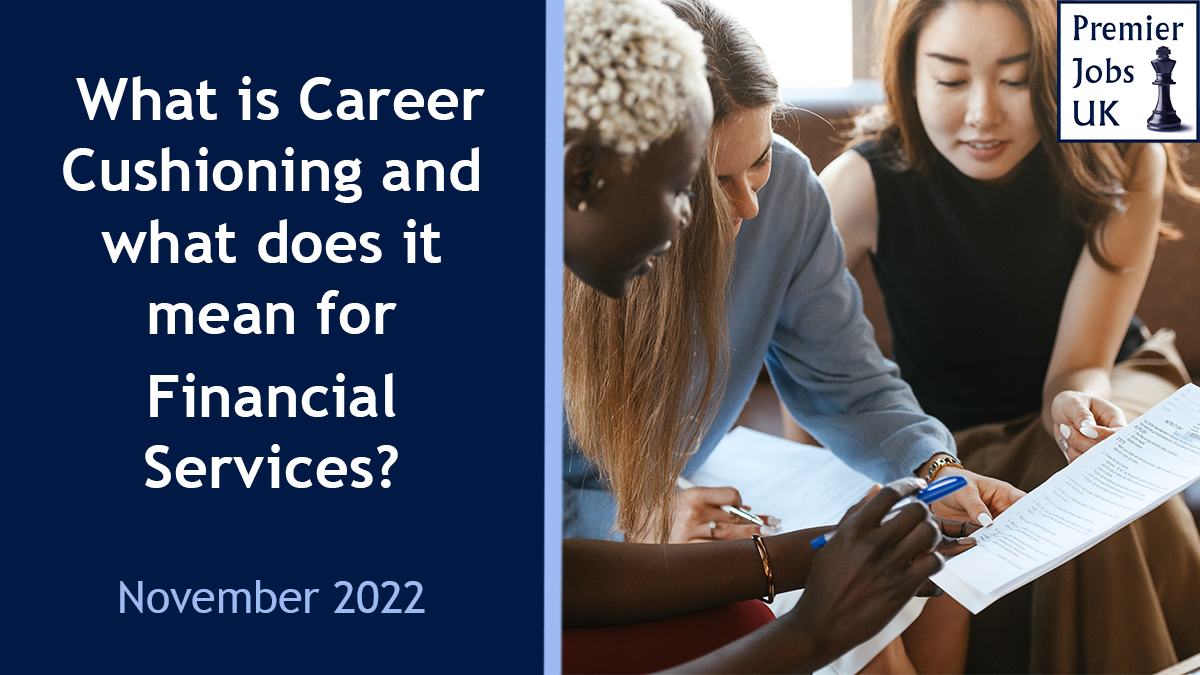 As recession looms over the British economy, redundancy is becoming an increasingly likely possibility for many Britons. Inflation is at a high of 11.1% and it is a common concern for many households to pay for essentials like food and heating. The instability of the economy is bound to make people restless, and will provoke a lot of working Britons to consider whether they feel stable in their job roles.

Many people may be concerned about how secure their current job is. Thousands of people have been made redundant in the UK in the past year and considering the economic events of the past few months, there are bound to be more. The UK is seeing an increase in redundancies across a variety of job sectors. Big tech has perhaps been hit the worst, with thousands of those in the industry being laid off in the past couple of months. Property development has also been affected. Due to unprecedented inflation rates property development companies can’t afford to keep their staff and their customer base is shrinking. Whereas, the Financial Industry is ranked at 10th place when comparing the industries with the highest redundancies. Although, at only 3 redundancies per 1,000 people in Financial Services, it is a fairly secure industry when compared to other sectors like manufacturing.

This goes to show that even traditionally stable industries are being affected by the recession. Seeing these mass redundancies play out is naturally going to make people think about how secure they really are in their current role. Ergo, it is not surprising that those in the Financial Services industry would want to guarantee job stability and income security, during such tumultuous times.

With rising uncertainty about the economy, many people can’t afford to lean on their usual wage alone. In fact a study by Linkedin found that 1 in 5 people plan to work longer hours (20%) or take on a second job (18%). This proves that people are increasingly anxious of their monetary situation, clearly showing that people’s basic salaries just aren’t sufficing.

What is career cushioning?

Career cushioning is essentially an insurance policy. It is where people who are worried about their financial security will continue to network and keep an eye on the job market even if they love their current position. It is a practice that could help a lot of households feel more secure in the present economic climate. Career cushioning could also involve employees building upon their skills to make them more employable in case they are forced to leave their current job. Some may say it’s a practice that has manifested from fear due to the financial crisis many households find themselves in. Though for some career cushioning is simply a display of ambition.

There has been controversy surrounding the practice, with some saying it feels disloyal to your current employer. The vast majority of discourse on social media though, has been positive. Many have opposed the idea of it being ‘disloyal’, instead commenting that it is a responsible and natural thing to do during such unprecedented times.

From an employers perspective, making sure employee satisfaction levels are high is a great way to prevent them from leaving or looking elsewhere. This blog goes more into detail about how you as an employer, can help to create a positive work environment. This, in turn, will build a team of loyal and dedicated workers.

How you can apply this to your career

A really important part of career cushioning, which can benefit your current position also, is building your skills. This can help you become more employable in the future and can help you unlock new potentials in your current role. For some this could be building on technological knowledge e.g learning how to use Javascript or Python. For someone in the Financial Services industry, additional qualifications from the LIBF or CII can be hugely beneficial. For example, a Mortgage Advisor who is already CeMAP qualified could get their CeMAP Diploma, to set them apart from other Advisors.

Why is it important to career cushion in the Financial Services industry?

Having a fruitful career in the Financial Services industry is largely about progression. To reach the highest paying jobs, throughout your career you must always be considering your next step. Take a Financial Advisor for example. Often, Advisors will start as Admins, then work their way up to a Paraplanner position, then a Trainee Advisor until they finally land a position as a Financial Advisor. It is a necessity to be opportunistic, to grant yourself the best career. Due to this we believe that Financial Services professionals who are keen to progress, should be open minded to new opportunities. Even if you are satisfied within your current position, it can be a good idea to further your industry connections and to continue building upon your skills that could make you more employable in the future.

To conclude, if you are in the industry but your goal is not progression, it is smart to give yourself the reassurance that career cushioning could bring to you. Economically, times are very trying, so it can never hurt to have a plan-b. You may find that there are positions on the market that are better suited to you. Here at Premier Jobs UK we have a plethora of Financial Services jobs. One of these vacancies could be an amazing career opportunity for you. Call us now for a free, no pressure chat with one of our experts.