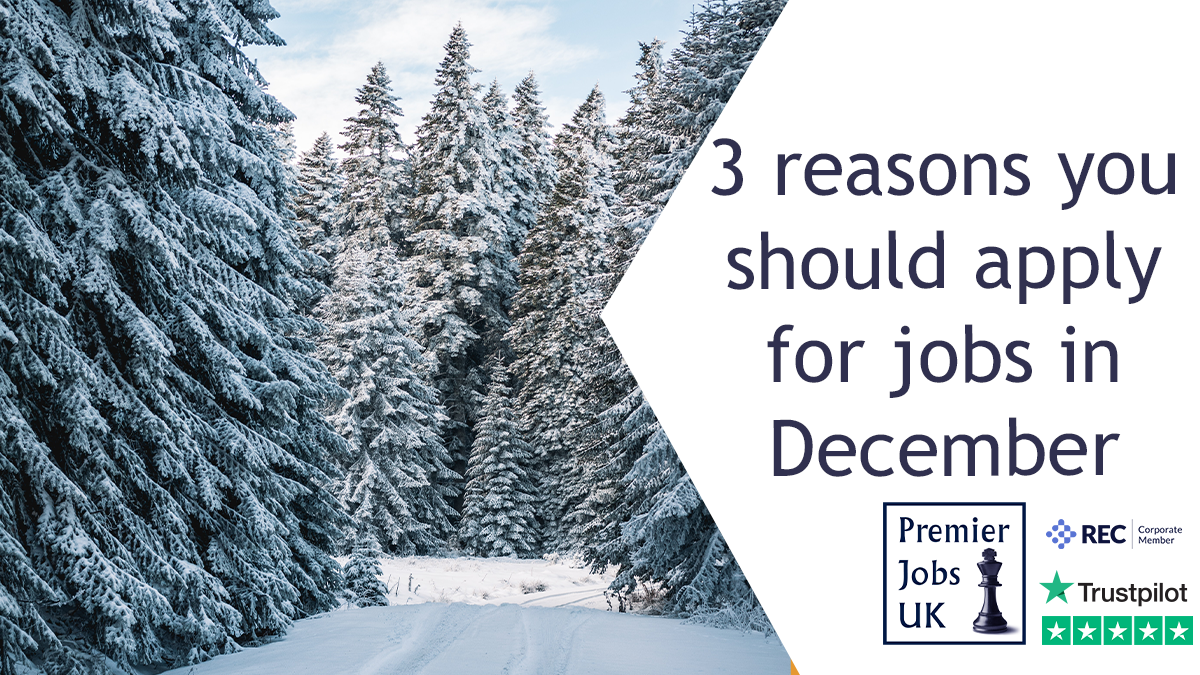 December is notably a quiet time of the year in general for lots of people. For many, it means winding down for the year and taking some well-deserved leave to be with the family and relax over the holidays. However, you may not realise that it is also a great time to get started on the job search and to get a head start on next year by getting started before anyone else.

Many people will wait until January to get started on their new year’s resolutions. In our opinion, this is not a good idea as YouGov found that out of those who made new years resolutions only a quarter kept all of them (26%), although half managed to keep some of them (48%). Around a quarter failed entirely (23%).

Besides, everyone knows that waiting for the New Year to start on your resolutions and goals is overrated anyway!

Starting one month before the rest of your peers will literally put you ahead of the competition in terms of the interview process but also mentally as you will have been thinking about this weeks in advance of others. In this blog, we will be covering three reasons why you should apply for jobs in December if you weren’t already planning to…

Reason no.1 – Applications, on the whole, are down

We have found as a company that applications typically are 48% lower in December when compared to the level from January to November. As a company, we see this year in year out with candidates we speak to opting to put the job hunt on the back burner until the next year. This is also reflected in the data of others as shown in the below image. However, this data is also skewed by the fact that England was in national lockdown between late March and June 2020 and again in November.

Although not applications per se, the graph below illustrates the average number of website visitors per month based on a sample of 10 recruitment websites.

It is worth noting that this graph is from a 2019 report as this gives the most accurate look at what the industry as 2020 was massively skewed by the coronavirus pandemic.

Due to our previous point regarding reduced applications, hiring managers may have a lot more free time on their hands if they’re not out actively sourcing candidates themselves. This may mean that they are more excited about any new applications because there is fewer of them. However, when January rolls around there will be a surge of applications meaning that Recruiters and Hiring Managers will have an enormous number of applications to sift through and choose from. This may mean that the bar can be set far higher than it usually is in terms of client expectation in that they can choose from the very best of the best. January may be a struggle for you as a job seeker constantly having to chase multiple people for feedback on interviews only to be ignored. Whilst in December, you may find it easier to get hold of these individuals and see faster response times which will make the whole process far more smooth and enjoyable for the candidate.

Reason no.3 – You set yourself up for the new year ahead

If you know what your new year’s goals are; why would you wait to get started on them? Imagine if you had got the ball rolling in December knowing that on the first day of the new year you will be walking into a new role to start the year off.

Think of it in the same way as when you tick a big arduous task off of your to-do list first thing in the morning, how good does that feel? That sense of accomplishment sticks with you for the rest of the day and has a positive ripple effect on the rest of the tasks you will undertake. Take this same principle with landing a new job and stretch that over the whole year – it’s the same thing!

‘Blue Monday’ is a day in January that is statistically the most popular day for people to either hand in their resignation or to start looking for a new role. People cite positive company culture (70%), competitive salary and benefits package (69%), and good work-life balance (68%) as the top three determinants for personal job satisfaction.

We see some people get sweetened by their Christmas bonus making them blind to their own dissatisfaction in their roles and then don’t apply for roles only for the cycle to repeat itself at the end of the year.

To conclude, in our opinion, December is a very underrated month as a job seeker for all the above reasons. If you did want to find out what jobs could be available for you why not get in touch at: